GUILT IS ALSO A PLEASURE

keep having dreams where You and I are getting married ? hugging ? I am holding you and you are holding someone else ? in every dream you say "I shouldn't be doing this" and then you do it anyway - just like you used to do, just like we used to be - I tell people about Us and they are horrified by what they think is a lack of intimacy - no identifying photos - nothing to remember Us by - I swear that anonymity was intimacy unhindered - we could be whoever we wanted - I wanted to be With You - you wanted to be Something Else - in my dreams we don't work out, either - I sob to the rap we used to scream to - I choke up at every geographic anomaly - incognito means I don't know where to avoid until I'm already there - I whisper your name into a fire - I see you everywhere and nowhere. maybe I'll never see you again.

for someone who is anti-academia, i sure have fucked a lot of professors

"treason, like beauty, is in the eye of the beholder "

(but also many ppl I've dated have been to jail lmao)

"you either die or you live long enough to become problematic"

you: getting clients bc you're thin and have boobs

me: not getting clients, also not thin, also don't have boobs

"you hate me, bitch, it's a mutual feeling"

shooting the shit, or as the gays call it, pillow talk

just had the chillest nye of my lYfe

just went on a walk without taking meds directly before or after for the first time in literally YEARS :)

should I hate my sister's boyfriend that she's MoVING IN WITH ?? on principle yes or maybe or fill in the blank

just hung out w a bunch of ppl I'd never met b4 at a dear friend's surprise bday party + I think it went well + chill :)

MORE DANGEROUS THAN A SHOTGUN

"stop making your hatred of yourself someone else's problem"

relearning how to enjoy kissing

"I guess people with criminal records can be poets too__"

"I shave, sir. I have a driver's license. I've won a couple of fist fights. I've saved a life. I've lain with women. I've been hustled at pool. I've defied my father's wishes. I have broken hearts and I have been heartbroken. So, by all the markers of this society, I am a grown man."

"they call you a rat because rats will do anything to survive, isn't that right?" -- goodfellas, still.

"that's what the fbi would never understand, that this organization offered protection for people who couldn't go to the cops." -- goodfellas

I can hear tenderqueers talking about how they hate being discriminated against for being tenderqueers and I just threw up. they're unrelated but they feel similar

overheard 2 ppl at the family dollar talking and one was telling the other abt how the girl he's sleeping with said "I suck your dick better than anyone else" as a point towards him being w/ her AND HE SAID TO HIS FRIEND, AT REGULAR TALKING VOLUME, IN THE FAMILY DOLLAR, "I wasn't gonna tell her but that's not even true, like I'm not going to get into it, but she's really full of herself with that" and I!!!!!!!!!!!!!!!!! L A U G H

"prepare for the lovely unexpected" https://theanarchistlibrary.org/library/andie-nordgren-the-short-instructional-manifesto-for-relationship-anarchy

she says she sa-ays YOURE SO GOOD AT THIS

i say i sa-ay THANKS, IM LITERALLY A PROFESSIONAL, DO YOU THINK U COULD LEAVE ME A REVIEW OR--? /line clicks/ HELLO? HELLOOO?

Were you raised to fear yourself

Is this not what you wanted?

Oh, where are my manners?

Let me introduce you to perdition.

I lay myself on your chest.

My home is your voice.

Child, I am crazed with you.

I will consume all you love.

I will consume all who love you.

There is no escape without sleep.

Child, I missed you. I mist you.

I guest you. I ghost you.

I will be your final meal.

I will meet you within the past.

We will walk the aisle

to the altar of the future.

This will be our final communication.

[commission from late 2020, to be played as a game on a website that I can't currently remember the name of but I'll edit this post if I think of it lmao]

some dude just went down the street singing so in love by ed sheeran at the top of his lungs !!!! and it was GOOD n i hope whatever he's got going on is going well

"When the person you are visiting enters and departs you may exchange a brief kiss and embrace.

No other kissing or hugging is allowed. You may hold hands."

i left after she

lying at home, too.

i keep coming back to a convo w/ a friend i had about pulling cards every other day instead of every day and it's a cool concept: less stress of remembering to do something every day, more time to consider how you interact w/ the world thru the lense of that card. i think it would be interesting to document the times the cards speak to me in relation to things happening in my life, so i can see if pulling them is having any significant impact on my quality of life/mental health/etc.

my eye only twitches when I drink energy drinks

gender of the day is "fuckshit cousin"

g∅ddamnb i finally have tinnitus i guess ugh

AND THEN SHE SAID,

AND I KEPT CRYING BUT IT FELT OKAY I FELT OKAY

alright guys ive scheduled The Surgery* at the end of November !!!! 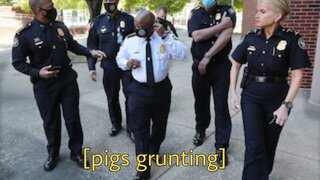 been thinking about the theoretical existence of a lesson plan for something titled I Don't Want You Like A Best Friend: The Overt Saphhic and Quiet Queerness of Taylor Swift's Music, made with info my friends have collected from a decade of Gaylor research 🤔🤔

wow can't wait for The Surgery*

*severing my torso and getting rid of the rest

my favorite sound in the world is strangers laughing in the distance, it just brings me JOY !

ALL GUILTS ARE PLEASURES

a blessed object that looks like a cursed object

technology has evolved in such a way that im expected to split my attention 4 ways and retain none of the convos and comfort none of my friends rather than do them all individually / less immediately // ya feel ?? i wish my brain would slow down vs. speed up when it would actually be helpful

i just love markdown it's so kitch

i said, i know you're tough, you don't have to prove it to me

and then she said, the hardest thing about us is our tattoos

"some change cannot be fought, only accepted w/ grace. let yrself move forward, and put this battle behind you."

fuck, i think i love her, and

The Hole In Me is gettin ROUGH around the edges

im the second smallest cat in the world's second favorite person !!! she falls asleep and wakes up with me like a dream but it's better

WHY is words with friends the only app that still uses my govt name????? it's just RUDE

last 2 nights ive dreamt that i got cancelled,,, @g0d what does it MEAN

i can be friends w/ppl who dnt always see eye2eye, rite??

where should i leave to?

when am i welcome?

IF I REPEAT IT ENOUGH TIMES IT BECOMES TRUE

IF I REPEAT IT ENOUGH TIMES IT BECOMES ALIVE

IF I BELIEVE IT ENOUGH TIMES IT REPEATS

IF I BELIEVE IT REPEATS IT BECOMES ALIVE

IF I BELIEVE IT ALIVE IT BECOMES TRUE

crying in pain b4 bringing someone else to the hospital

i put everything bagel seasoning on rice and it slaps yall

i forgot how much i love cucumbers, esp persian cucumbers

YOU CAN TRY BUT I WONT GO QUIET

IN THE BACK OF A COP CAR

YOU CAN TRY BUT I WONT GO QUIET

IF I CANT HAVE LOVE I WANT POWER

do you think jinxing is real? Like talking about stuff will scare it away from happening?

having relationships that change and grow to contain the experiences of that friendship is a blessing. I am learning how to accept support from anywhere even if it is somewhere I wouldn't have accepted before. I am realizing I can hold negative things I know a person has done in the same breath as I know they are anchoring me into the moment. I am so so raw but I want it to work, in the sense that I don't ever want to feel estranged from my heart-friends, even if our paths are no longer together I want to cheer my ex-lovers on! I want to be a supportive person and feel confident about my support people. I want to know in my soul that you will have my back even if we never talk after this. I want to wake up with the ghost of your hand lingering on my hair.

if you see this post yr encouraged to take this survey: https://tiny.cc/acab

"queerer than a box of birds"

the bass hits different when yr not here

"my identity by itself causes violence"

falling asleep sitting up dreaming about praying in my pastor's voice

hmmm looks like today's gender is "crying in the laundromat"

read a letter today from someone on death row who is rapidly going blind + is being ignored by all the prison doctors, who he says have basically given up on him, + not to put too fine of a point on it, but that's why i hate anyone who works with prisons or cops, even if they don't see themselves as cops; they're just as complicit in upholding the dehumanization of individuals in the system.

i really frICkeED iT Up ThIs tImE didn't i my duuUUUuude

if Wicked (the book) and Bojack Horseman were in the same universe, that would account for how a feral baby existed in that episode about Hank Hippopopalous and thusly bit him on television (also i was that feral baby)

the thin line is blue

i am the family emergency

the astrologers in their infinite mercy

only cluck at my cards this time

we all know i’ll skip a party to wait for

a text that doesn’t happen

i’m not making my bed i haven’t in weeks

i’m just lying in it

i came out when poets still listed the states

we were allowed to consummate

marriage in and the crowd chanted

their contrapuntal traumas back

anartist (anarcho-artist, can be deg. or not)

shants (either 'shall nots' or 'shit pants')

around the fire we are all the same kind

there are liberals who think the solution to

then sorting the trannies out of regular jail

and putting them in a newly built

and in tranny jail,

people who have beef with me probably still

have beef with me and i wonder

all the time if we're all

in tranny jail together,

will we finally uplift each other?